My favorite game as a child 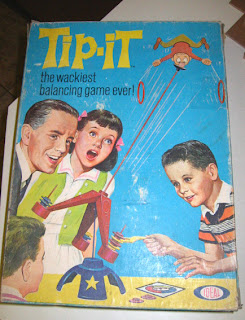 ...who's wicked smart and witty. Understanding of education industry a plus!
Application Instructions: Email resume and a well written, creative cover letter
Okay Mr. HR Department--here goes:
I saw your ad on Monster and I think you need LOOK NO FURTHER. I'm your girl.
With 20+ years as writer, editor and manager in marketing, I've always been the go-to creative when management needed outside-of-the-box (from cardboard to gift-wrapped) copy that speaks to the customer and makes them react (in a positive way.)
And do I understand the education industry? Not only have I completed sixteen (count them--16) years of education myself, I've been writing back-to-school ads, direct mail pieces, catalogs and other collateral for JCPenney even before it became a cool place to shop.
I'm smart, too! I'm a published author with two novels (available in trade paperback and Kindle--coming soon to Nook--order yours today at my author website: karynlyndon.com) and that's no easy task. If you haven't written a novel-length book, it's REALLY hard and time consuming. Take my word for it.
As far as witty, well, what can I say? The email speaks for itself.
Anyway, after you read my resume attached, call me!
I love you...er...
Sincerely,
Karyn
Posted by Karyn Lyndon at 3/16/2012 07:27:00 PM 19 comments

Mad for the Hatter 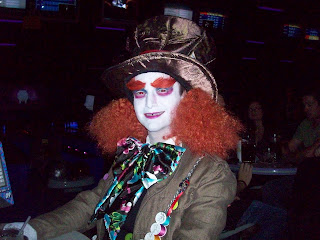 Watched the new Alice in Wonderland for the first time on Uverse tonight and marveled (again) at what an awesome job Bruce did on his costume!
Posted by Karyn Lyndon at 3/05/2012 11:52:00 PM 8 comments

Format...just another word for inside the box

I've been receiving little nudges from Blogger that it might be time to update my format so I can use the new "tools" which make blogging so much easier.
Well, that was three+ hours I'll never get back!
It's still not the way I want it, but I'm giving in to homogeneous web design because I've lost my will to be unique. Techie stuff like that will do it to you...
Posted by Karyn Lyndon at 3/04/2012 05:09:00 PM 6 comments 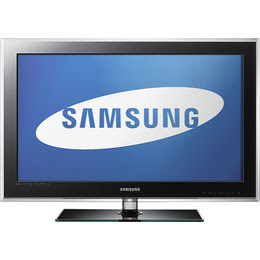 Today we are hooking up our new 51" Samsung plasma TV to our new wireless receiver. According to Uverse customer service it's really simple to do.
Why am I skeptical?
I generally have a positive outlook. I'm the glass-half-full girl in most situations. But ever since I was in grade school, anything that involved electronics (yes, even back then we had electronics...slide carousels, film strips, projectors, microphones, speakers) they NEVER worked without some major drama first. We would sit in the classroom or auditorium during what would seem like an eternity waiting for the show to go on while sweat-drenched teachers scurried and flustered to figure-it-out!
The very same thing happened in the corporate world.
Even at home I get an uneasy feeling in the pit of my stomach when someone wants to watch a DVD. Thoughts of which remote, which button and which cable dance in my head and invariably it takes an eternity to figure-it-out! (Can't we just watch it on the computer?)
So....wish me luck!
Posted by Karyn Lyndon at 2/10/2012 03:40:00 PM 3 comments

It's Seventy and Sunny in January! 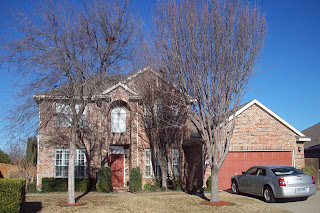 The Christmas Letter I Didn't Send

Despite the reason this holiday season should have been the most sorrowful time of the year, it wasn't. All the merry festivities were actually fun and helped take my mind off the twists and turns that caused 2011 to suck big-time.
Let's recap:
The year started off uneventful. Nothing of major consequence happened in January.
In February we were so proud to hear (after being unemployed for 2 years,) our 26-year-old son landed a maintenance job at Walmart.
In March we realized there were some logistic problems with his commute from our house to his work, so he started making plans for his own place.
In the middle of April the printing company my husband worked at for nearly 11 years shuttered its doors. It was a small, family owned business so there wasn't any severance pay, 401K conversion decision or retirement package. It was a handshake and one final check for unused vacation.
While we were still reeling from that slap in the face, the real bomb of 2011 exploded on April 30 when we had to discontinue life support for our son. Others would argue that his life ended April 29 when he accidentally overdosed on heroin, causing him to be brain dead, but I'm going with the date on his death certificate.
On May 1st, which was to be our son's moving day, we forfeited the deposit on his new apartment instead. We had a lovely and meaningful memorial service on May 5.
"So, okay, 2011, ease up on us," I thought to myself. "We have had about all we can handle." But 2011 must have known our limitations better than we did.
In June my creative director sat in my office guest chair and began to relay a rumor. Her words rocked my very foundation, which was still pretty shaky from April. My brain tried, but couldn't quite grasp what "voluntary" early retirement package (VERP) for associates 55 and older could mean.
On June 11 I turned 55.
July brought more rumors. Phrases like pension, years of service and SRP littered the office banter.
By September the rumor became official. The company and the job I had adored and given 23 years of absolute devotion wanted me to leave. Why? Seemingly because of my age. Isn't that illegal? Well, evidently not if you're offered lots of money (heretofore known as a retirement package), in exchange for your signature that you won't bring up the age discrimination thing in a court of law.
The month also brought some good news finally! My daughter and her husband called to tell us they were expecting our first grandchild.
At the beginning of October we rented out our upstairs space to a new room mate so we could afford to stay in our large suburban home.
A few days before October 15 (the deadline to accept the VERP), my creative director (who was also 55 and over) walked me over to HR assuring me it was for good news. Not only was I being early retired, but my job was being eliminated. That entitled me to (in addition to the retirement package) a severance package (heretofore known as a lump sum) and qualified me for unemployment.
In the middle of October our daughter called to say she had miscarried.
At the end of October I packed up my office and without ceremony, left my cubicle, my long-time younger friends, my creative writing job and the modern campus-style building that's only a 10-minute drive from home.
In November I started looking for new employment "opportunities" even though I was officially on the payroll until December 1. This new "downtime" also gave me plenty of time to think about how much I missed my son.
In December I joined my husband (he's still getting government checks, thanks to Obama's extensions) and signed up for unemployment.
And that brings us to today. The packages (and lump sums) have been received, the eggnog is but a sweet memory and our real pine Christmas tree is losing needles at an alarming rate. In light of it all, I'm in good spirits.
I really need to lay off the history channel, though. It's armageddon week on H2. If 2011 was a prick, 2012 is predicted by the Mayans and Nostradamus to be a real bitch.
Merry Christmas and Happy New Year!
Karyn
Posted by Karyn Lyndon at 12/27/2011 10:13:00 AM 3 comments 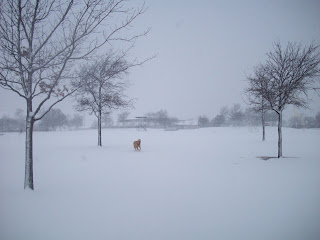 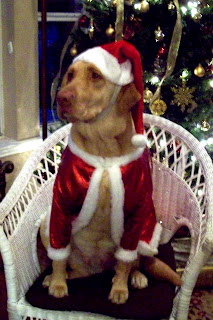 Welcome to my home (page.) Browse around, order a book (or two) and check out my blog, which I update when I'm inspired (have time) to write about my (quasi) interesting life. I promise it will never cease to evoke some kind of emotion (okay, shock and disgust are emotions, too.)